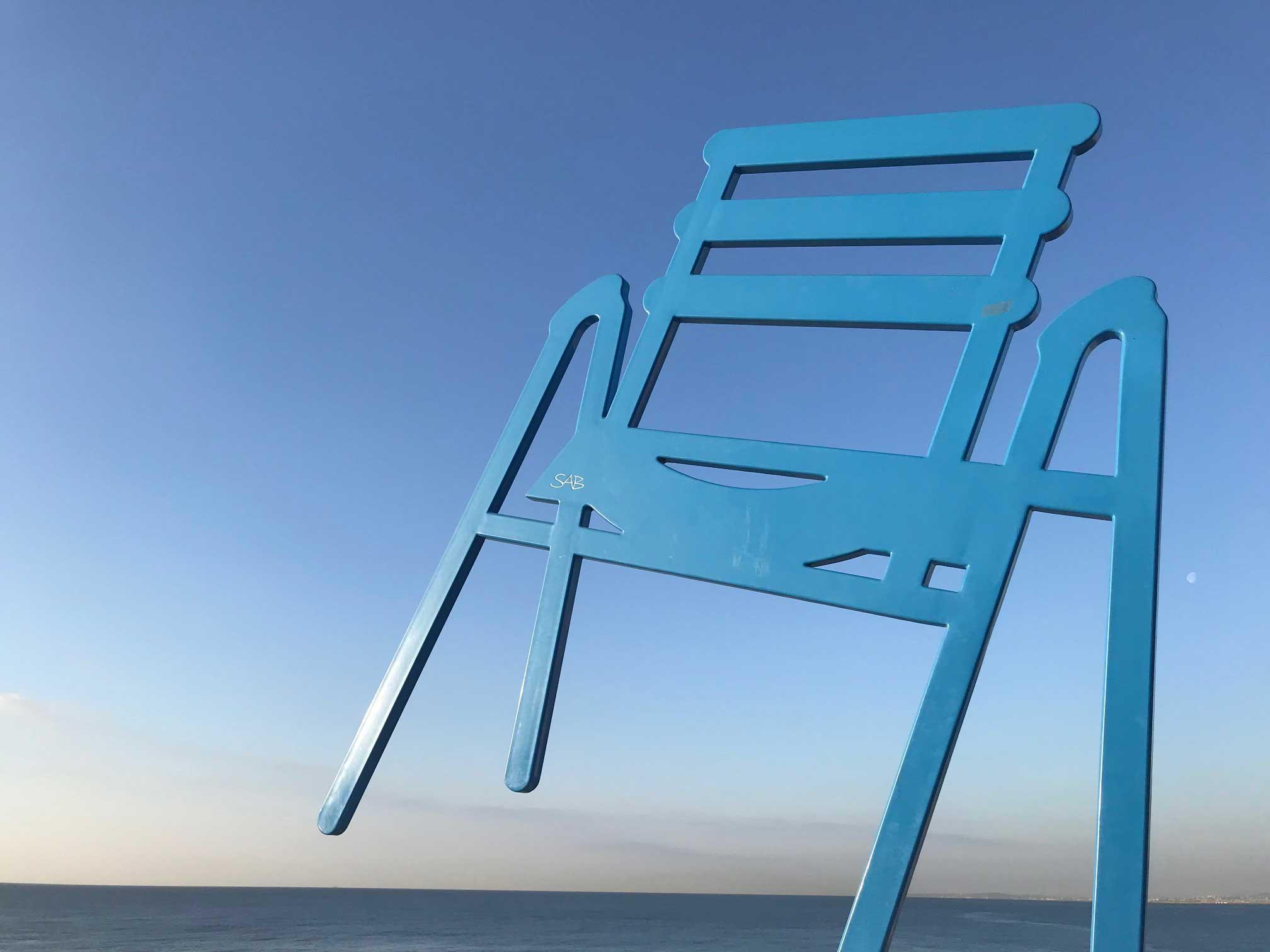 Nice, the second most popular destination in France after Paris, receives more than 5 million tourists each year. Attracted by the azure blue sea, its palm trees lining the Promenade des Anglais as well as its rich cultural heritage. The Best Western Plus Hôtel Brice Garden Nice has compiled a list of 6 monuments, symbols of the city and its history, which you absolutely must see during your stay in Nice. 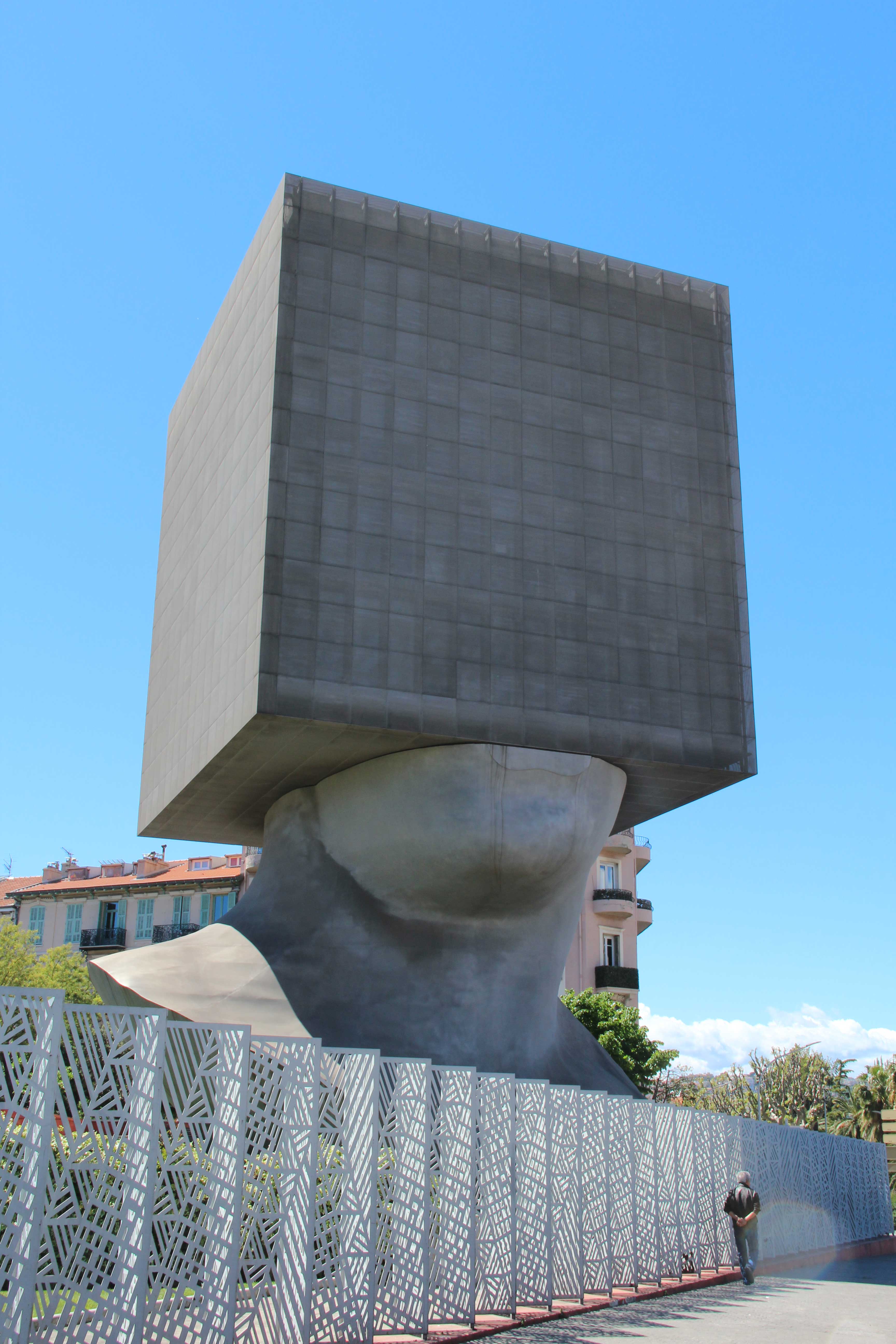 A symbol of the city's contemporary architecture, the imposing Tête Carrée, or 'Square Head', is located near Place Garibaldi and Nice's Museum of Modern and Contemporary Art.

Almost 30 metres high and 14 metres wide, it looms above the city of Nice. Designed by the sculptor Sacha Sosno, the head houses the offices of the Louis Nucéra public library. Seen as an iconic landmark in Nice by its inhabitants, it also represents the city's thinking and modernity. 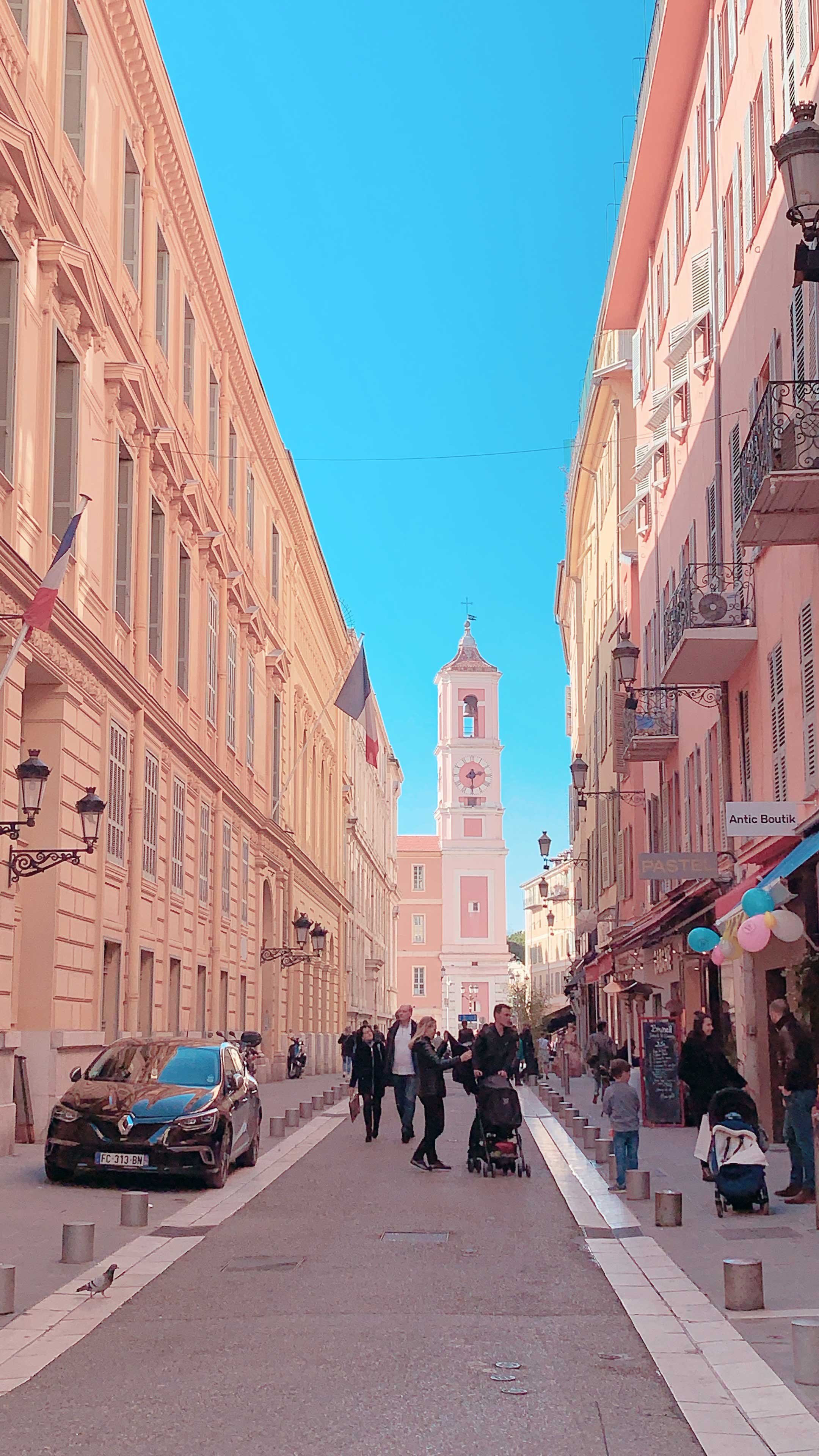 Situated just opposite the Palais de Justice, less than a 20-minute walk from the Best Western Plus Hôtel Brice Garden Nice, the Clock Tower dominates Vieux-Nice (the Old Town), and in particular the Place du Palais.

The Blue Chair by SAB 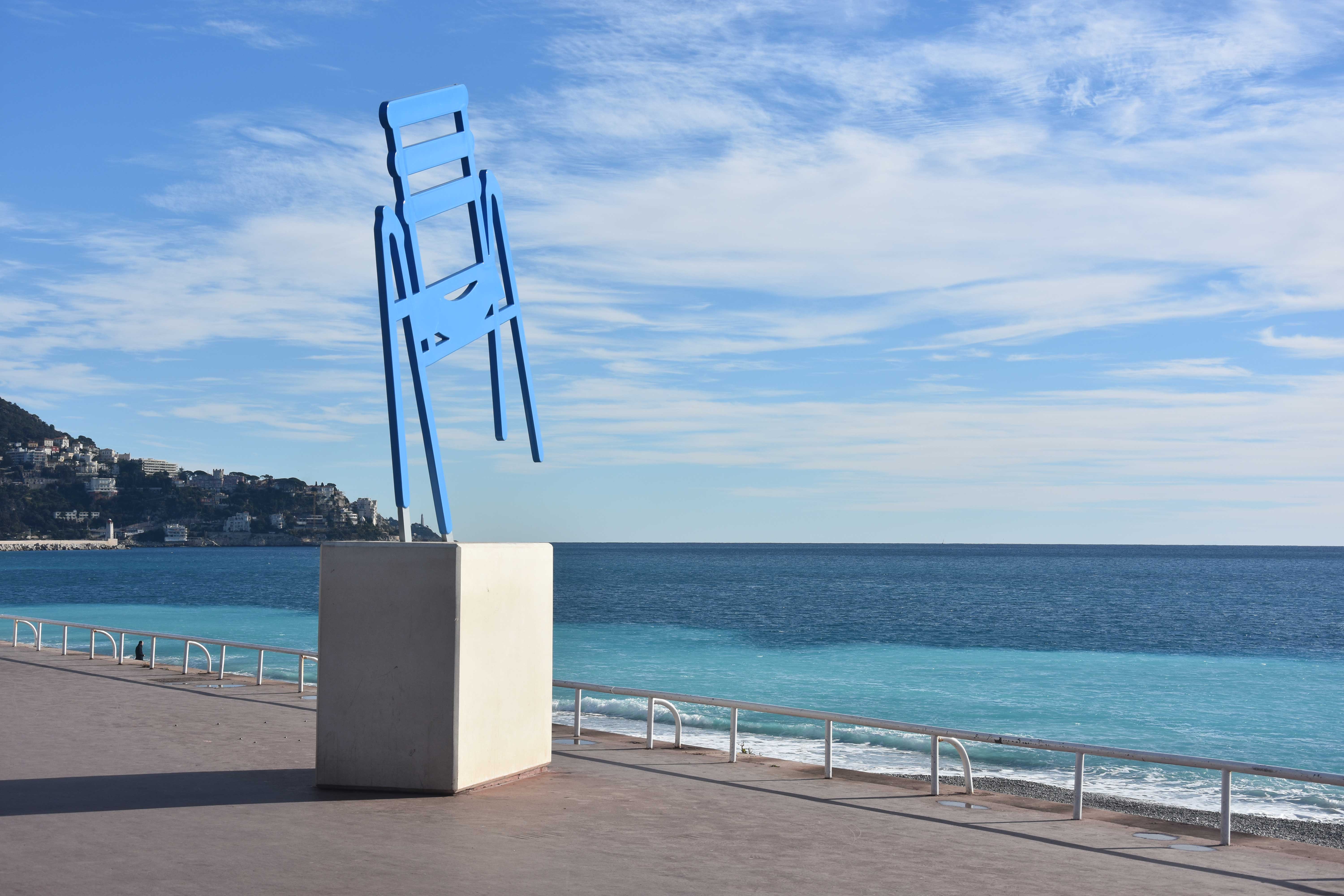 A 10-minute walk from our 4-star hotel, discover the famous Blue Chair designed by the artist SAB.

Its colour symbolises the Mediterranean Sea and sky and is a nod to the numerous chairs installed all along the Promenade des Anglais. It represents Nice and its way of life, a city which is the perfect destination for relaxing in front of the Mediterranean. The gift shops in the Old Town are teeming with souvenirs bearing the Blue Chair for you to take home as a reminder of your holidays on the French Riviera. 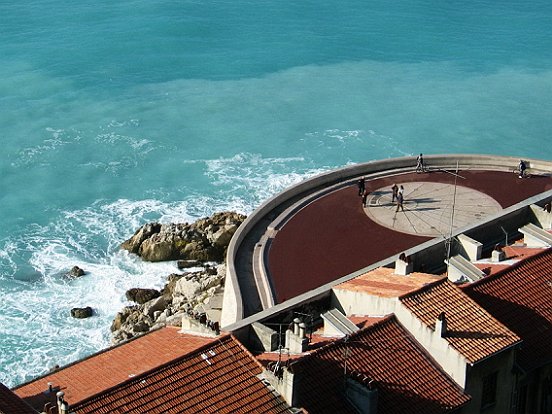 Installed in 1981 on the Quai Rauba Capeù, the sundial measures around twelve metres in diameter and is directly engraved into the ground. The dial tells the time by the position of the sun, you just need to stand in the middle of the circle and look at your shadow. Rauba Capeù means 'flying hats' in the local Nissart dialect as it is the place in Nice where the wind is felt most keenly.

It is also an opportunity to have a photo taken in front of the famous I Love Nice giant hashtag and to admire the view over the Mediterranean from the quay. 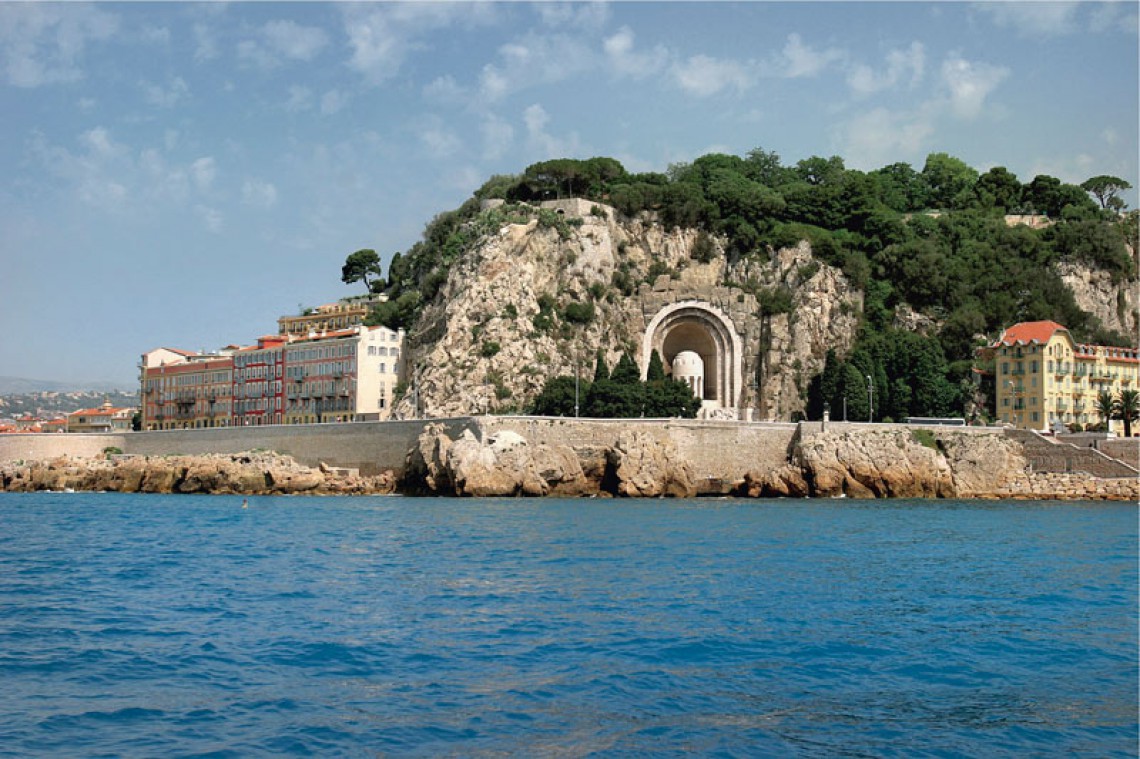 Situated opposite the sundial, the Rauba Capeù war memorial is carved into Castle Hill, in the former stone quarry. Built in 1927 based on designs by the Nice architect Roger Séassal, the monument was unveiled in 1928 in the presence of Maréchal Foch.

At more than 30 metres high, it is the biggest war memorial in France.  The two high relief sculptures were carved by Alfred Janniot, the one on the left represents war and the one on the right, peace. There are 3 665 plaques honouring the people of Nice who died during the 1st World War. 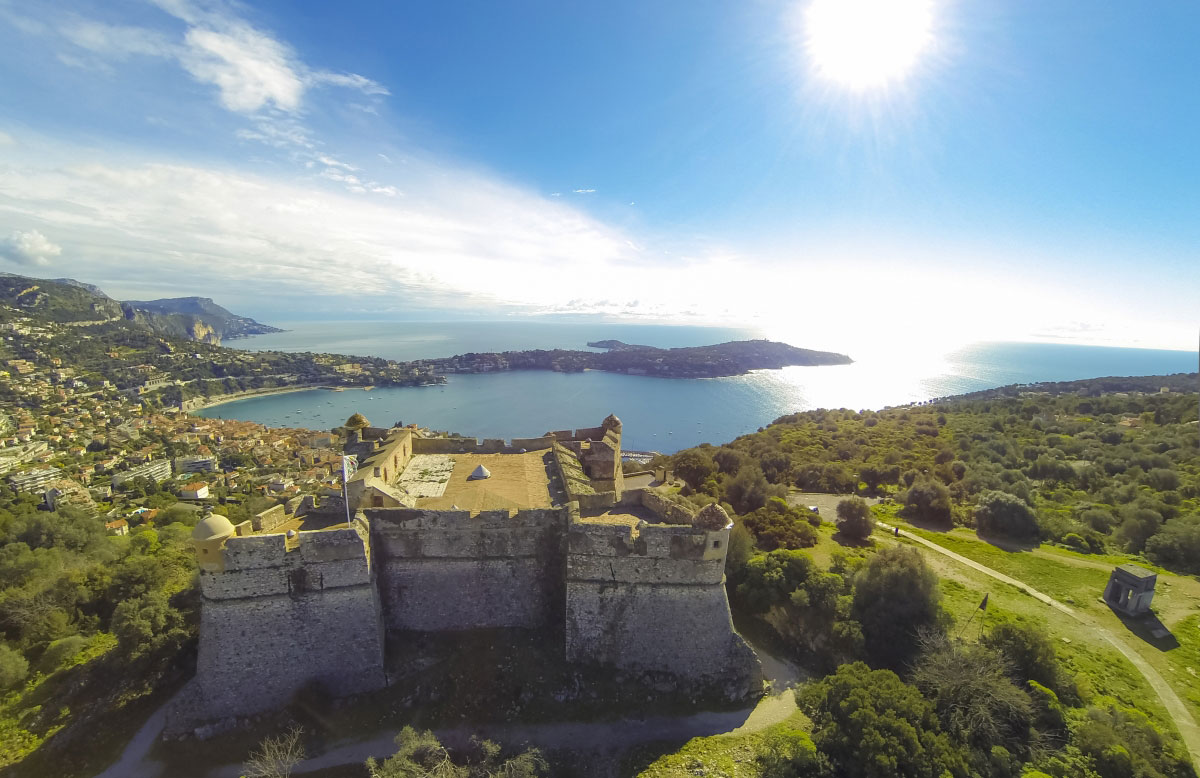 A pleasant walk takes you from the Best Western Plus Hôtel Brice Garden Nice, along the Promenade des Anglais and the Old Port, to Mont Boron park from where you can climb up to Mont Alban Fort.

This former defensive position of the County of Nice was built around 1560 on the order of Emmanuel Domenico Ponsello, Duke of Savoy. Make sure you have your camera with you to take a photo of the amazing views over the bay of Nice and Villefranche-sur-Mer harbour.

The fort is only open to the public from July to September, for information about tours enquire at the Centre du Patrimoine (Heritage Centre).

There are plenty of other magnificent monuments and historical sites to visit during your weekend getaway on the French Riviera. Book your comfortable room at the Best Western Plus Hôtel Brice Garden Nice and ask at reception for the full list.