Disguised welcome at the Hotel Brice Nice*** during the Nice Carnival 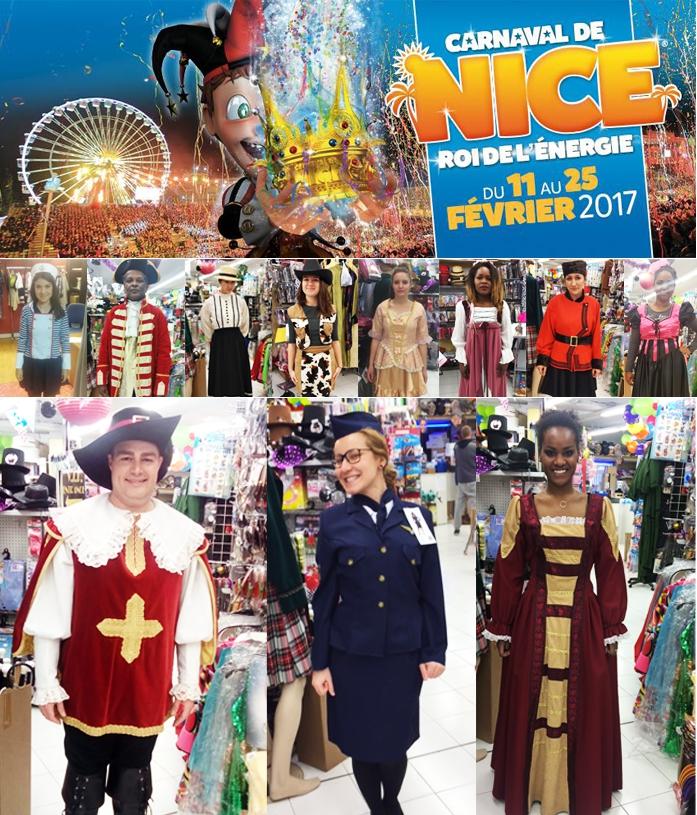 From February 11th to 25th 2017, the Hotel Brice Nice is waiting for you to come and take part of the main event of the winter of the French Riviera : the Nice Carnival. The festivities are going to take place on the Place Masséna, at less than 10 minutes by walk from your 3-star hotel of Nice.

The theme of the Nice Carnival 2017 is “King of Energy” : a current topic which will bring more than a hundred thousand peoples to admire the Carnival’s parades. The king of the Nice Carnival will take over his throne on the Place Masséna in order to declare the beginning of the festivities of one of the most beautiful Carnival of the world. The Carnival’s Parades and the Flower Battles are planned to take place the Place Masséna, the avenue Félix Faure and the Boulevard Jean Jaurès.

For the first time, the Hotel Brice Nice is going to be disguised ! In fact, the staff of the hotel will welcome you with costumes during the two weeks of festivities. A tradition already adopted  by the Best Western Plus Hôtel Masséna Nice’ staff since several years, which will also set up for the first time this year in the Best Western Hôtel Lakmi Nice, a 3-star hotel of the same group.

The Hotel Brice Nice is situated near the Promenade des Anglais and the city center of Nice. Its emplacement will offer you the possibility to enjoy the Carnival and to discover the beauty of the city of Nice : Place Masséna, Promenade du Paillon, Baie des Anges, the Colline du Château…

Book your stay for the Nice Carnival 2017 and take advantage of the best rate by contacting our direct reservation department by mail : reservation@nice-hotel-brice.com or by phone +33(0)4 93 88 14 44